Don’t silo diversity and inclusion in the workplace. Do this instead 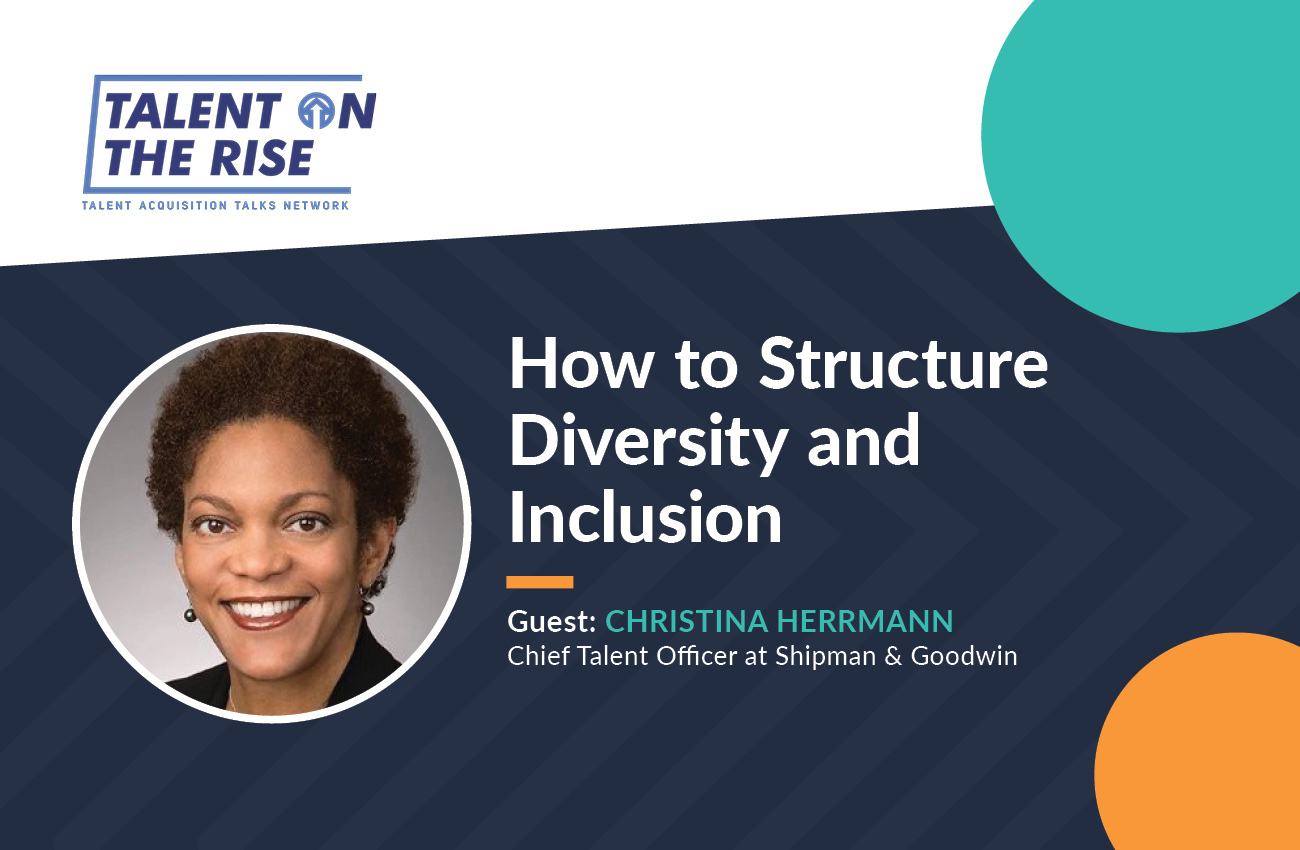 How do you bring innovation to an industry that is heavily steeped in tradition — especially when you care about improving diversity and inclusion?

That question is central for Christina Herrmann, who has spent most of her career in the legal industry.

Christina is Chief Talent Officer at Shipman and Goodwin, a law firm with 175+ attorneys in Connecticut, New York and Washington, D.C. She oversees five direct reports, including the directors of legal recruitment and HR.

“Law firms are slow to change,” Christina observes during her in-studio interview for Talent on the Rise, Brazen’s new podcast about transformative leaders and how they got a seat at the table.

While law firms don’t tend to be on the cutting edge, Christina has found ways to bring fresh ideas and a unique perspective throughout her time in the legal industry.

After starting her HR career in benefits administration, she moved up to become Chief Human Resources Officer because she wanted a more expansive role. “But even that wasn't enough for me,” she says, explaining that in law, CHRO’s mostly focus on the admin side. “I wanted the whole thing.”

Based on our chat, here are some of the tools and insights that have helped Christina rise and shine in the C-suite.

Christina started working at law firms even though she didn’t have a legal background. But she didn’t let that stop her from gaining a strong understanding of the business side.

“You really do have to study the industry, and a lot of it is staying on top of current trends and reading industry magazines,” Christina says.

Her advice is to be conversant in the jargon.

“If you're only using HR speak, that just doesn't resonate. You really have to speak the industry language,” she says.

But it’s also critical to demonstrate your expertise and highlight the knowledge you bring to the table.

Christina shares a story about helping a partner hire for an administrative role. She lined up two candidates for interviews, but the partner wanted to hire the first person he met with and cancel the second interview. Christina counseled him against it — because she knew it wasn’t in his best interest.

Unsurprisingly, Christina’s input proved critical. “The first candidate ended up just imploding — it was just a no go,” she recalls. But the second candidate worked out well, and the partner acknowledged that it was helpful to have Christina push against his instincts.

“It really is a matter of just asserting your expertise and being forceful about it,” she says. “But in doing that, you really do have to demonstrate that you understand the business, and you're doing this for the good of the business.”

The ‘forcing factor’ to create change

Christina is particularly passionate about diversity and inclusion (D&I) and has strong opinions about how organizations should approach it.

“I am so against the siloed approach,” she says. “D&I should not be the purview of just a small number of people.”

She continues, “You should strive to create an organization — a culture of inclusiveness — whereby you don't have to have that carve-out.”

When D&I is its own initiative and not part of the fabric of an organization, it creates the impression that “diverse individuals require something special” to succeed, and people don’t see it as their responsibility when it’s delegated to a committee, she observes.

She also cautions against diversity fatigue. “I know this exists in organizations where you're just tired of hearing D&I all the time and not seeing progress,” she explains, referencing a New Yorker piece about the issue.

For Christina, a big part of the solution lies in recruitment. She says it’s critical to have open recruiting systems and different ways of sourcing candidates “so that you can open up, cast the net much wider.”

Her firm is also taking a cue from the Mansfield rule, which requires 30 percent of candidates for leadership positions to be minorities or women.

“It's a forcing factor initially,” she acknowledges, “but eventually it becomes natural, and you start to open up your thinking about how you consider promotions and hires.”

Christina also recommends organizations account for their current position if they want to move the needle on D&I.

“I think there's no shame in saying we have no women in leadership. That's where you are,” she says. “But what you do then is set goals, and you absolutely have to measure it.”

Christina advises professionals working their way up in HR to develop their resilience.

“The HR profession — unlike some of the other administrative functions like IT and finance — it tends to be diminished,” Christina explains. “And so oftentimes, you know that you're working for the good of the organization, but you find yourself having to push harder and push more to convince the organization that what you are promoting is the right thing to do.”

It takes a certain internal fortitude to push your recommendations forward. But you also have to learn when it’s time to stand down.

“You also have to have the ability to realize when you are in an organization where you can't push any further — and don't view it as a failure when you say, okay, I have to leave this organization because I can't take it any further.”

To lead in HR, Christina says it’s essential to know how to develop a strategic vision of where things need to go — and be able to communicate it well. But you have to remain open and solicit feedback along the way.

“Just solicit [feedback] — and act upon it, too. You can't just solicit it and say, okay, that's good, I've done that. You really do have to act upon it where appropriate.”

Don't forget to sign up here for Talent On The Rise to never miss an episode! 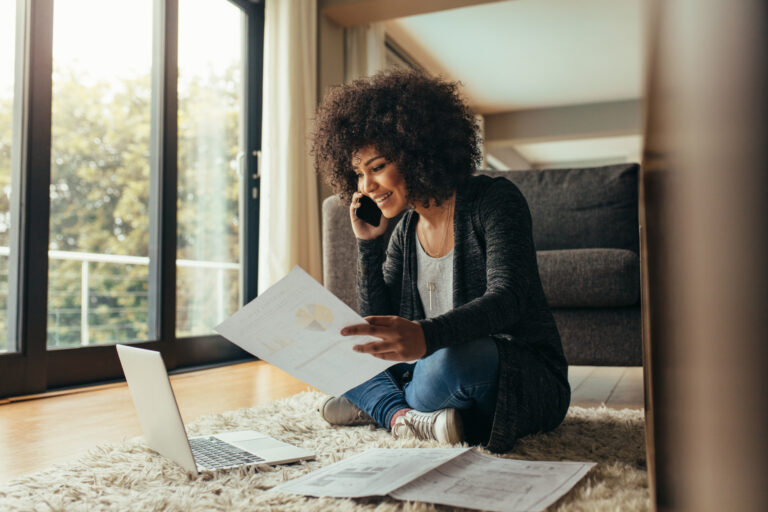 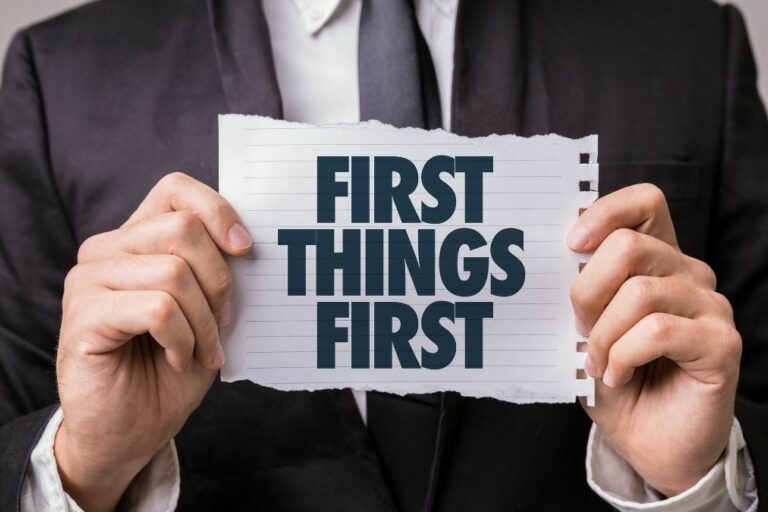 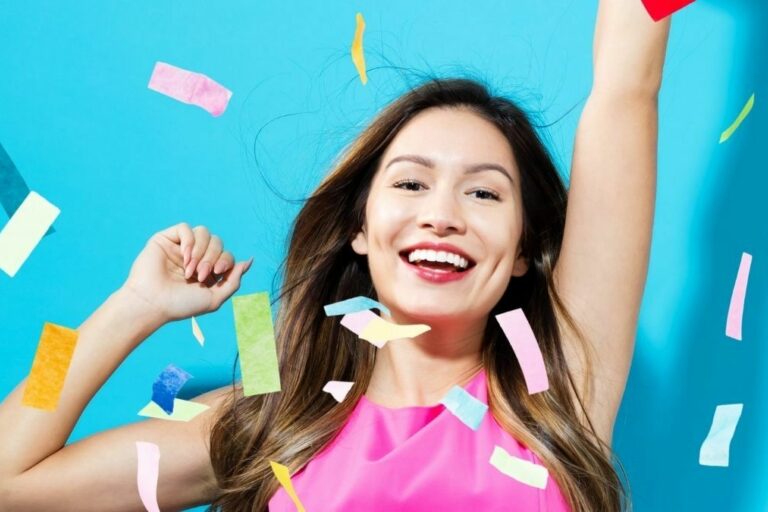