How to Watch Out for Unconscious Bias in Hiring

“First impressions are everything.”

It’s a pretty common adage, but the truth is that first impressions can also be deceiving. If you’ve ever been dazzled by a smooth-talking candidate only to discover his low work ethic two weeks into the job, you know what we’re talking about. Even worse, first impressions and the power of “gut feelings” about people can be masking unconscious biases, which can wreak havoc on even the most genuine attempts to hire fairly.

Could your unconscious bias be ruining your hiring process?

Unconscious Bias in the Hiring Process

While overt bias is thankfully rare in today’s business environment, unconscious bias could be wreaking havoc on your genuine efforts to hire a diverse, effective team.

“Being with similar others leads us to think that we all hold the same information and share the same perspective,” Katherine Philips explained in a 2006 study. “This perspective … is what hinders creativity and innovation.”

So how do you keep your organization from falling prey to the dangers of unconscious bias? The first step is simple — make the unconscious, conscious.

You might be surprised by how prevalent unconscious bias is. There is a website created by a nonprofit called Project Implicit where you can test your own biases in multiple categories, such as gender, race, disability, and sexuality. These can show up in surprising ways during the hiring process — here are four common scenarios to watch out for:

This isn’t always the case, but sometimes when we see a name on a resume, we can assume the race or ethnicity of the candidate.

In this early 2000s study about racial bias in hiring, researchers sent out around 5,000 resumes for positions in sales, administrative support, clerical services, and customer service. They assigned each resume with either a very white-sounding name, such as “Emily Walsh” or “Brendan Baker,” or an African-American-sounding name, such as “Lakisha Washington” or “Jamal Jones.”

This is an unconscious bias in hiring, but it can still prevent recruiters from building the best, most diverse and efficient team. Small ways to fix this bias could be covering up the names on resumes and judging solely based on merit. Involve a more diverse team in the hiring process for better results and help

Gender bias occurs when one sex is being favored in the hiring game over the other; this is most frequent with men over women, especially in higher management roles.

Why is it so important to hire more women in leadership roles? It’s not just for appearances; according to a recent UC Davis study, companies with more women in executive and board member positions had a 74% increase in their return on assets and equity than on average. Having female executives shows women how valuable they are at your company. This, in turn, will make it easier to hire more women in management roles.

The gender discrimination of recruiting can often begin before candidates have even sent out resumes. MedReps.com has a helpful infographic that portrays the different ways the genders enter the workforce. While men will apply for jobs they are only 60% qualified for, women will generally only apply if they believe they meet 100% of the qualifications.

To combat this unintentional discrimination, make a list of the minimum skills and qualifications you are looking for. Separate your must-haves (such as having a bachelor’s degree) from your desirables (such as being certified in Salesforce). If you ideally are looking for someone with a certain number of years of experience (such as four years), give a range (such as two to six years). This helps you appeal talented applicants with maybe a year or two less experience than your ideal, but it also prevents those with too little experience from thinking they are qualified for this position.

Many managers and recruiters claim they can tell whether or not someone is suited for a particular job within the first five minutes of an interview. In fact, according to Police Chief Magazine, “individuals know within a fraction of a second whether they like a person or not.” A candidate’s likability can greatly affect the rest of the interview; even if they are suited for the job, they will not be perceived as well if they are not well liked. This isn’t always a problem, but if you’re over-relying on your gut, you could be missing out on some great candidates.

In fact, you could also be missing some red flags. According to Right Fit Hiring, trusting your first impression absolutely could lead to you:

On the flip side, if you immediately dislike a candidate, this can lead to:

Most of these seat-of-the-pants hiring methods are centered on emotional biases and these can be affected by unconscious biases such as gender, racial, and class discriminations.

Have a good, long heart-to-heart with your gut. Or rather heart-to-stomach. Think hard about why you like someone and if it’s more emotional — there’s a big difference between “I just like them and think they would fit in with the culture” and “They have our desired qualifications and impressive sales in the past year, plus they would fit into our culture.”

4. The Danger of “Culture Fit”

Speaking of being a good fit: what does that mean anyways? Every company has a culture and no matter how skilled and intelligent a new hire is, if he or she doesn’t fit into the company’s culture, it’s doubtful that they will be happy. Thus, job hoppers are born. Whether or not someone believes they are good at what they do, if they do not feel like they fit in at their workplace, they are less likely to stay in that environment.

However this bias can be just as damaging in reverse. Some recruiters will only look for culture fits. Greg Moran, in an interview with Business News Daily, put it like this: “Fitting into the company culture is critical, but a successful hire has to fit the culture and the job. If it's just about the culture, it's not going to work.”

All a candidate wants is a fair shot at the position. All you want is a solid and diverse team to maximize efficiency and innovation. Learning how to recruit without bias will result in (hopefully) the most diverse and effective team your business has ever had. Keep experience and mindset at the forefront of interviews instead of appearance or behavior to build a world-class team. 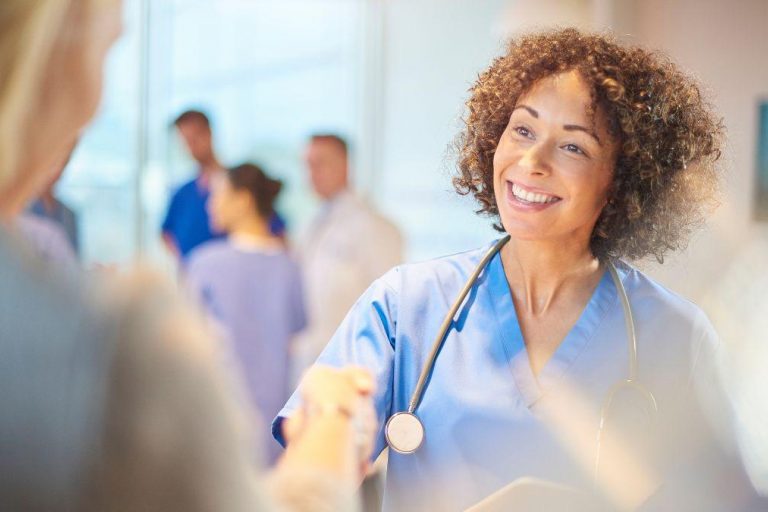 AdventHealth has more than 65,000+ team members throughout 50+ hospitals and hundreds of care sites throughout 9 states. Even with their huge footprint, AdventHealth is still committed to treating each candidate with the highest level of engagement no matter where they are in the hiring process as part of their holistic hiring strategy. So how do they do it? Thanks to virtual events and a forward-thinking candidate experience approach.
Read More 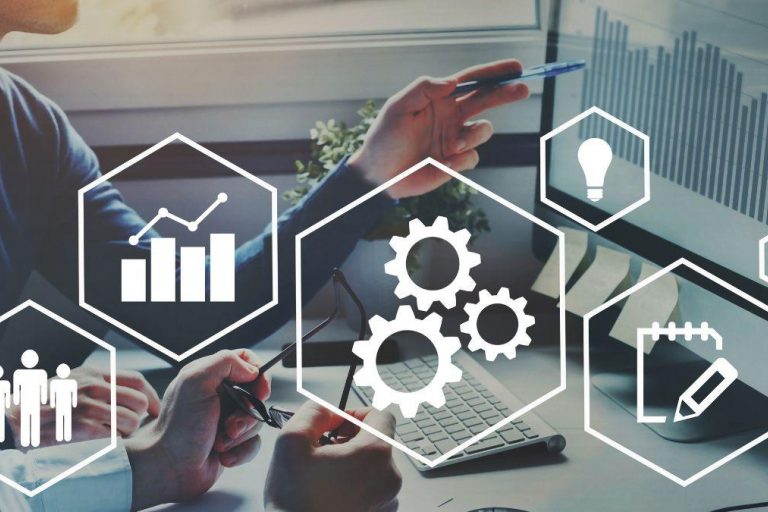 Recruitment automation software exists to make recruitment easier and faster for recruiters and job seekers alike. Most importantly, it boosts the productivity and efficiency of recruitment firms and companies looking to fill vacant positions or find qualified specialists as quickly as possible. Here's a look at 6 top vendors that offer great recruitment automation tools and services.
Read More

As K-12 recruiters continue to struggle to find teachers, the American Association of School Personnel Administrators (AASPA) stepped up to provide research-backed guidance for school personnel professionals. In a whitepaper entitled “5 Shifts to Address the National Educator Shortage,” AASPA offers strategic advice and best practices to help talent acquisition teams in education source, attract, and engage with talent for their open positions—as well as suggestions on transforming organizational culture and the employee experience to help retain that talent.
Read More 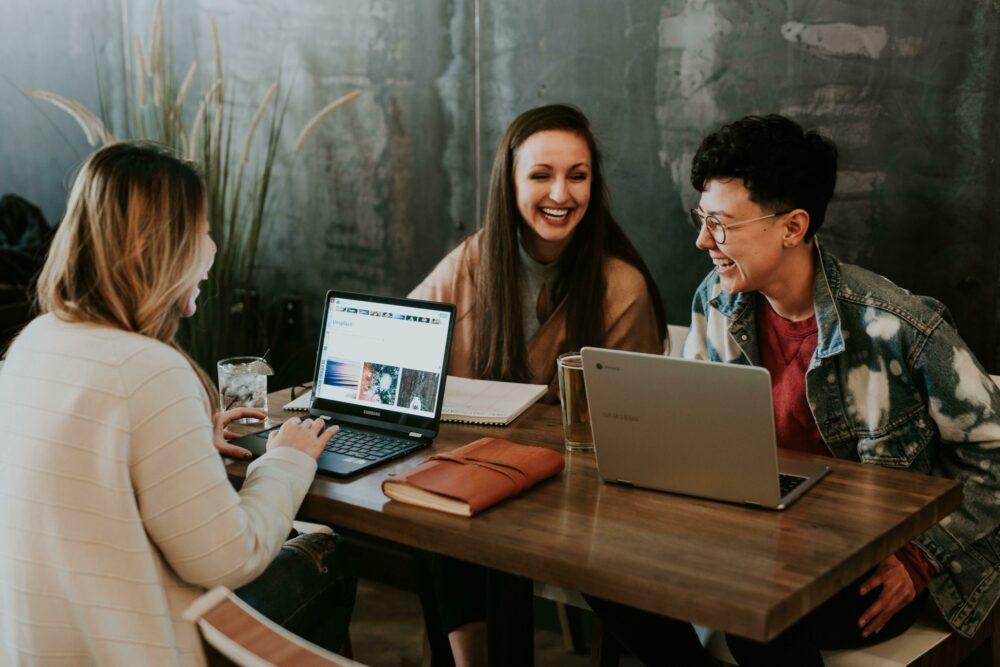